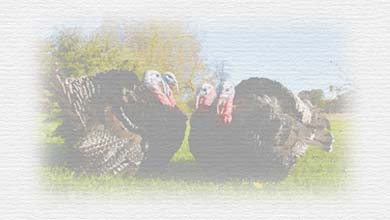 If you would like to make an order then please phone the farm office on 01235 520094.
SKU: CROWN Category: Turkeys

This Peach Croft Farm Bronze Turkey Crown is an easy carving joint containing only the most succulent breast and wing meat on the bone. These are available in weights of 3kgs to 6kgs.

Crowns are basically a whole turkey with the legs and part of the backbone removed to give you a joint of white breast meat on the bone. It’s quicker to cook and suits smaller families. Treat a crown exactly as you would a whole turkey.

Remove the turkey crown from the fridge, leave it to stand for 2 hours before cooking.

We advise not to stuff the cavity as this will hinder the proper cooking of the turkey but you may choose to put an apple or peeled onion inside.

Sprinkle the turkey crown with salt and pepper and place in a roasting tin.

Gravy always tastes better if the turkey giblets are used to make it. However it is recommended that the liver is not used as it may give the gravy a slightly bitter flavour. Instead, lightly sauté the liver in butter, chop and add to stuffing.

It is very important not to overcook a turkey crown– people may do and are then disappointed when it is dry.

This can be avoided by either using a “pop up” timer that detects when the turkey crown is cooked or testing with a fork in the deepest part of the breast – when the juices run clear the crown is ready.

After removing the turkey crown from the oven and before carving, allow it to rest for at least 15 to 20 minutes prior to carving. 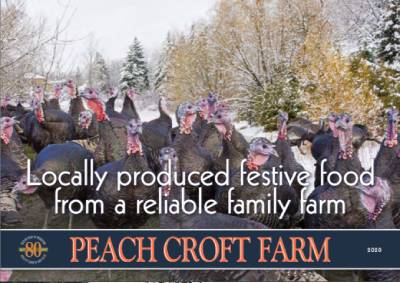